I recently started an MA Illustration and Book Arts at Cambridge School of Art, Anglia Ruskin University in Cambridge.
So far, so good and for my first project, decided to look at the differences between my observational sketchbook work and my imagination-based outcomes derived in the studio for comics and cartoons. I'm looking for a parity between different forms of visual language, so see how one influences the other and vise versa.
I want to continue exploring comics too, so it was suggested that I use a panel format to draw within. This has had a profound effect on my thinking; such as the way the figure occupies the space in the panel and the panels on the page, the ways in which panels move forward in time to form a narrative and the confident strokes of the pen and deft application of colour. Incidentally there is no formal narrative to speak of because it is the same model each time drawn from different angles of different poses, but there certainly seems to be something coming out of the image.
Any thoughts from the community out there? Would love to hear from you! 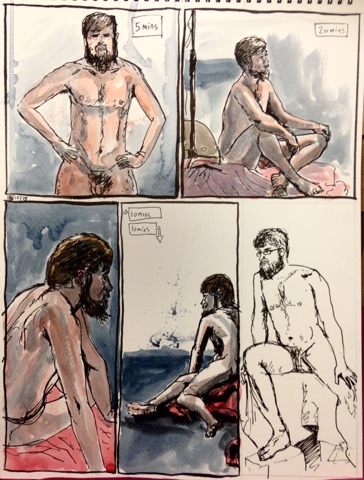 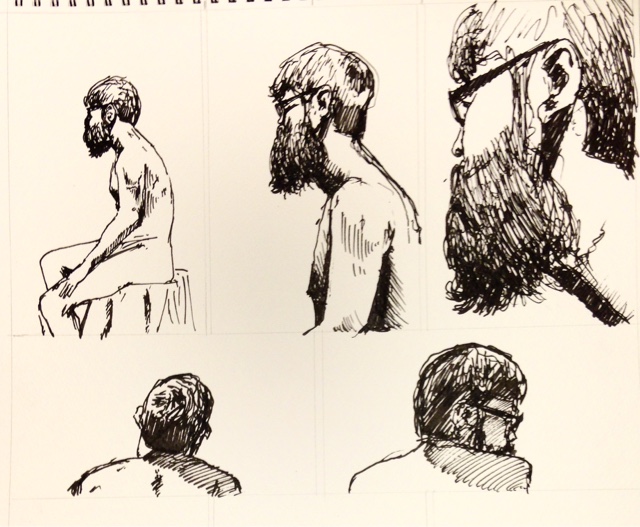 When I am out and about, I do drawing. Most images on here will come straight out of my sketchbook.
Check out my other blog BEARDY BOY COMICS for mega-cool news on comics, illustration and workshop projects I got going on.
WWW.KELWINSER.COM
PLEASE FEEL FREE TO LEAVE COMMENTS ON MY POSTS!